Well, this will be a quick little post, mostly for a location to drop some files.  I made another Ben Heck Show appearance, this brings me up to 3.  The video can be seen here

All the videos can be seen here

It was a cool experience as it always is.  Some guys from Engadget were there to film as well and it was cool to talk with them.  Also Ben and I got in an abbreviation contest which was fun. VHDL stands for VHSIC Hardware Description Language, with VHSIC standing for Very High Speed Integrated Circuit.  That is the coolest one I know.

Anyways, a few people have asked for the code and such so I will embed it at the bottom.  I have the Android code and the TI Launchpad firmware code, both in separate zips.  The Android code was written for either Jellybean or ICS, don’t remember which, and that was for the rotate command, like the pot stir app.  The APK is in the zip file.  I didn’t take the time to really document as I’ve been a busy guy.  Hopefully I’ll get to do a life update and an update on my ShapeOko CNC machine shortly. 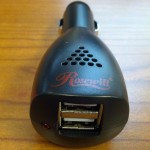 I’ve done this little “hack” twice now and figured others would benefit from it as well.

Have you ever noticed your phone/tablet charges slower from USB than from the wall socket?  Many of these devices have a USB charging mode and an AC charging mode.  This is because USB has a limit to what current it can supply unless the device negotiates with the port for more current.

USB car chargers can usually supply more current than the standard USB charging level, but if your device thinks its charging from USB instead of from an AC adapter it will only charge at the lower rate.  So how do you trick it into thinking its hooked to an AC adapter?

Well, that’s pretty easy.  For most mobile devices nowadays, short the USB Data- and Data+ pins together.  Apple has their own methods using specific voltage levels on those pins.  For an example for an iOS device, see Ben Heck’s Universal Wall Wart episode

First, here is my charger, it is manufactured by Rosewill, I bought it from Newegg

It is a basic switching circuit, probably a buck topology as your car battery is always (hopefully) going to be higher than your USB voltage.  A fuse was contained on the front end.  More info about buck converters here

What I’m interested in is the bottom of the board, where the USB connector is soldered

I shorted the Data+ and Data- pins together as you can see above.  I also tried removing the resistors near the pins but they are glued to the board.  I think those are the resistors for iOS devices I mentioned earlier.  After looking at them, I can see their values are high, about a 52k equivalent resistance across the 5V and GND lines, meaning very minimal current draw because of them, so I can leave them in.

I tested the device before and after, and before I achieved about 200mA of charging current.  Afterwards, I achieved 400-500mA.  I’m guessing each channel can do a maximum of 500mA to get the 1A total.  I also checked the voltage level it was supplying.  Many of these cheaper chargers are super noisy, here is a scope picture

Pretty good clean signal.  Also, I should take a scope picture class so I remember to actually have some useful info on the right side of the scope and not the display controls 😀

I’ve done this once before with similar results.  It’s a great way to get more out of your USB car chargers, especially if your phone is a battery hog like my Galaxy Nexus, that before could drain the battery while charging if using navigation.  Now I can at least break even, and maybe even get a charge. 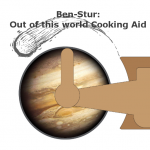